10 Most Common Ketosis Side Effects

The goal of the ketogenic diet is to put you in a metabolic state known as ketosis. Ketosis is when your body is running on ketones from fats instead of glucose from carbs. The best thing about ketosis is that it burns fat and boosts energy levels. Ketosis also comes with a plethora of science-backed health benefits that you will definitely appreciate.

But unfortunately, being in ketosis does have its downsides. Ketosis is a massive change for your body, and as is always the case with massive changes – it comes with its fair share of side effects. Lucky for you, most ketosis side effects are only temporary and also harmless. There are also plenty of things you can do to alleviate ketosis symptoms until they naturally subside.

In this article, we list the 10 most common ketosis side effects that you can expect on a keto diet. Most of these side effects happen in the first two weeks of going keto, and most go away once you become fully keto-adapted. Nevertheless, we believe that there's no need for you to endure them, so we offer some great tips to deal with these ketosis side effects. Read on to find out more.

In the first week of entering ketosis, you will likely notice that you're peeing more often than usual. This increase in urine output on keto happens as a direct result of your body losing glycogen. Glycogen is a simple sugar serving as your body's energy reservoir. The muscles and liver stores up to 600 grams of glycogen at any given time [1].

Your body starts using this glycogen only when blood glucose is low, like when starting a ketogenic diet.

An interesting thing about glycogen is that it's three to four parts water [2]. That's why eating carbs leads to water retention, and that's also why not eating carbs causes you to pee more often. This loss of fluids through pee in can also create the illusion of weight loss.

While you may welcome the sudden drop in weight due to frequent urination, do keep in mind that it will leave you dehydrated. Dehydration causes a number of additional side effects that we will mention below. Drinking up to 8 glasses of water a day prevents dehydration on a keto diet. Also, adding a pinch of salt to your favorite beverage helps your body retain much of this water you drink. 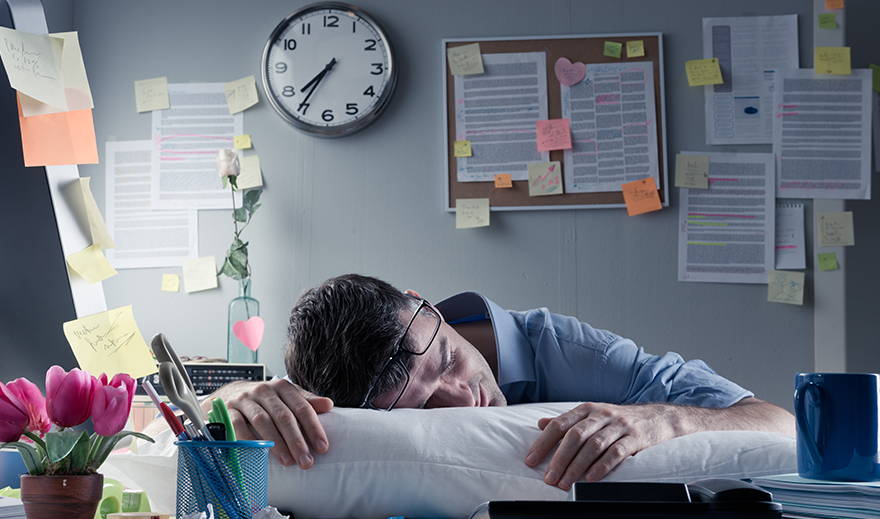 The keto diet promised you'll experience a rise in energy levels, but you're feeling more run down than ever. So, what's the deal here? Well, the fatigue you experience in the first weeks of keto is the result of two things:

Electrolytes are compounds your body needs in order to conduct electric signals. Most of the time, electrolytes minerals we get through diet like potassium and magnesium. All electrolytes are dissolved in body fluids and when you lose a lot of fluids, you also lose electrolytes. This often causes extreme fatigue and weakness.

The lack of carbs also means your body lost its main energy supply. It takes time for the body to start using the ketones it is making for energy, usually only a week or two. Once you become keto-adapted, you'll notice a positive change in your energy levels. But until that time, try resting more and getting enough sleep to get the energy you need for the day. 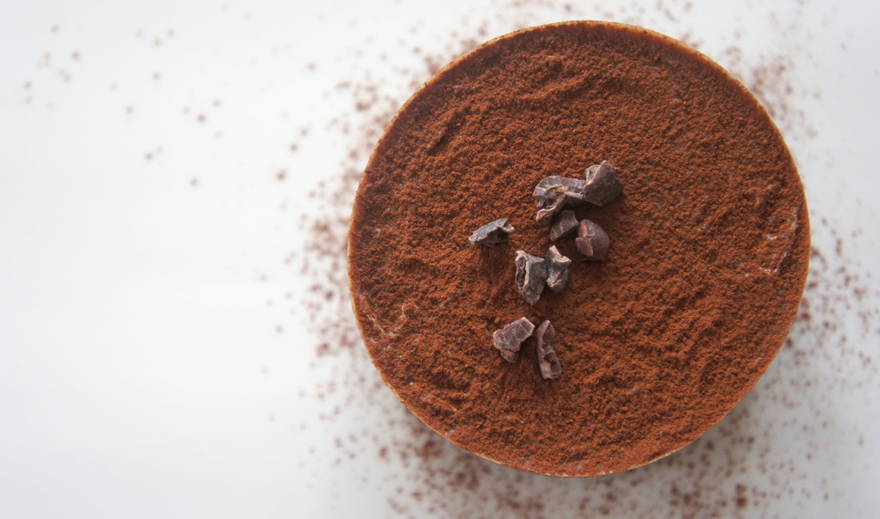 Intense carb cravings are normal on low-carb diets such as keto. You'll know you have them when you get that compulsive need to have a bagel and some ice-cream. These intense cravings are the result of your body being addicted to carbs. Even research shows that our brain's reward system is strongly stimulated when we're eating carbs [3].

If you're experiencing particularly intense cravings that are making it impossible for you to function, then we suggest increasing your intake just a little bit. Some keto-ers also notice that their cravings are less intense with a gradual cutting back on carbs. Try to eat 10 grams of carbs less per day until you reach the recommended 50 grams a day limit.

Once you become keto-adapted, you can expect these cravings to subside. You'll also notice your appetite drop overall. This is due to the appetite-suppressing effect of ketones as well as a higher fat and protein intake.

Dizziness and lightheadedness are also common ketosis side effects. These problems happen mainly because you're dehydrated and losing electrolytes like calcium, magnesium, and potassium. Magnesium and potassium loss, in particular, lead to symptoms like weakness and dizziness. Luckily, you can get both electrolytes from a range of keto-approved vegetables like avocados, spinach, and broccoli. You can also get them from almonds and potassium, in particular, from fish and poultry.

Besides low electrolyte levels, dizziness can also happen if you're not eating enough. This habit isn't uncommon for first-time keto dieters because being in ketosis suppresses your appetite and because you’re eating more of highly satiating fat. But if you don't eat enough, your body will lack nutrients essential to give you energy. Try eating a variety of foods like meat, dairy, fish, and leafy greens to stay well-nourished. 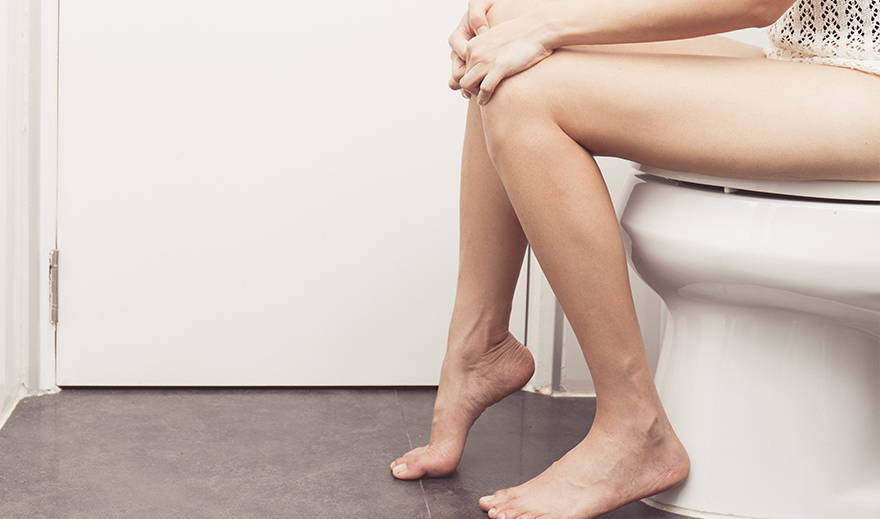 Research shows that constipation is a fairly common ketosis side effect affecting up to 65% of all keto dieters [4]. Constipation is defined as having fewer than three bowel movements a week and having difficult-to-pass stool

No one knows for sure why constipation on keto happens, but there are some theories:

Being a low-carb diet, keto is, for obvious reasons, also low in fiber which is simply an indigestible carb. But unlike net carbs, you can and should eat fiber on keto because it helps with bowel movements, bowel health, and the immune system [5].

Not drinking enough water can also lead to constipation. Electrolyte imbalances also contribute to this issue. Having low potassium levels can cause stomach pain and constipation. If you're also experiencing nausea, then check your sodium intake as well.

Some studies show a link between a higher saturated fat intake and constipation [6]. Fat does not contribute to good bacteria growth in the gut. In fact, it may inhibit it leading to constipation. Eating enough fiber and drinking fluids helps with this issue. Taking probiotics also helps. 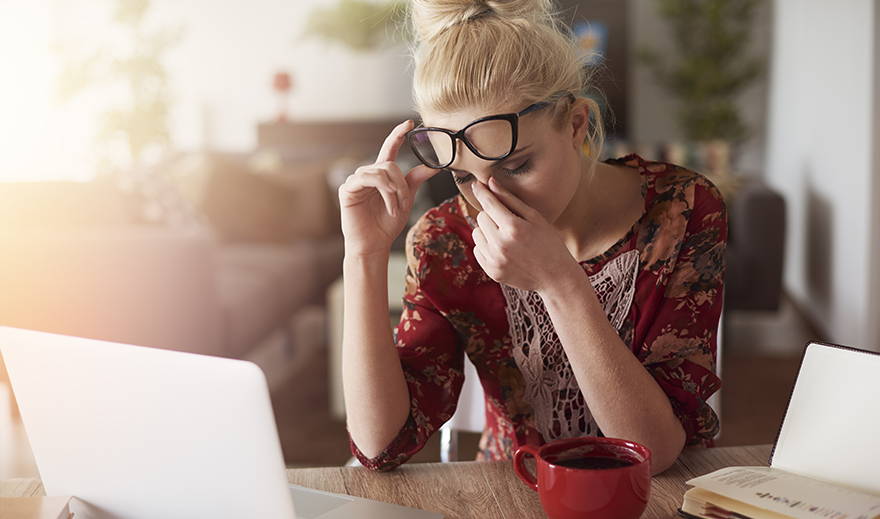 Another fairly common ketosis side effect is intense headaches. These headaches are described as sharp or shooting. Many dieters also say their headaches are severe enough to make functioning difficult. Keto headaches are usually the result of carb withdrawal and electrolyte imbalances.

However, dehydration on a keto diet can also lead to unrelenting head pain. When you're dehydrated, your brain tends to shrink. Blood volume also decreases in that case, which causes a reduced amount of oxygenated blood reaching your brain. Low oxygen levels in any tissue causes pain, and the same is especially true for your brain.

You'll know what is causing your headache by looking at specific symptoms. For example, magnesium deficiencies lead to tension and migraine headaches, especially in dieters who are already prone to these types of headaches. Headaches caused by dehydration can also make you dizzy. With carb withdrawal, the headaches is also accompanied by dizziness or brain fog.

he good news is that once your brain starts utilizing ketones — within a day or two — you'll see this ketosis side effect wane Keep limiting your carbs and make sure you're drinking enough fluids and taking in enough electrolytes. Otherwise, one aspirin a day won't hurt. 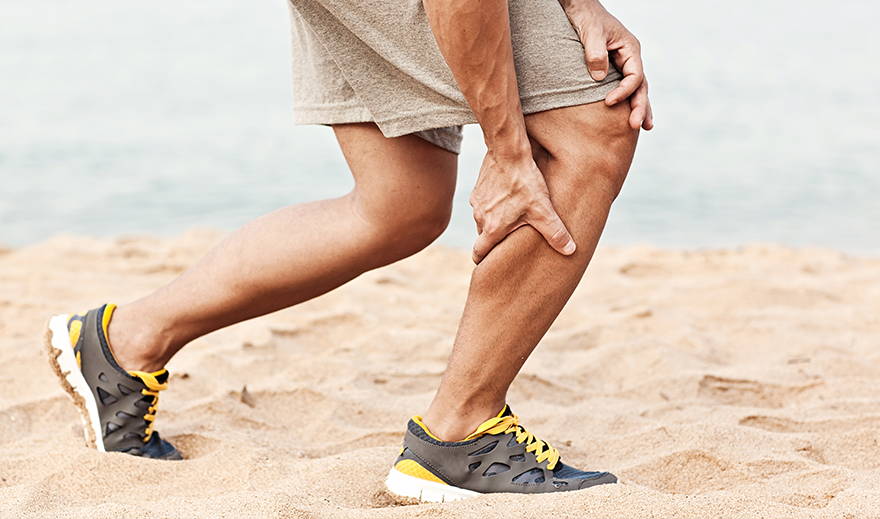 If you're feeling achy all over or have severe leg cramps at night – that too is a result of electrolyte imbalances from being in ketosis. Electrolytes help nerves in your muscles contract and relax. A balance of several electrolytes is needed for this. Low magnesium levels are the most common problem associated with muscle cramps. That's why physicians always prescribe magnesium supplements to treat this problem.

Besides magnesium, potassium and calcium are also important for normal muscle functioning. Calcium and potassium help relax the muscles; without them your muscles tighten and become sore with time. Another possible reason behind your cramps and muscle soreness is dehydration. Dehydration causes muscle damage in most people, especially when chronic in nature. Make sure to drink lots of fluids with electrolytes to prevent this problem.

Ketogenic diets are known to improve sleep quality in most people. But this happens only when you become keto-adapted. If you're still in the beginning stages of ketosis, however, chances are you'll develop sleep problems. From troubles falling asleep and waking up early to restless sleep and strange dreams, keto can initially make it difficult to get a well-deserved shut-eye.

The reason sleeplessness is a common ketosis side effect has to do with carb withdrawal. Studies show that carbohydrate-rich meals increase tryptophan and serotonin levels in the brain [7]. Tryptophan is an amino acid and an important precursor for serotonin production. Serotonin is a neurotransmitter most of us associate with depression. But it's role in brain health go beyond that. It's essential for a wide range of functions, including sleep.

To improve your sleep on a keto diet, try eating tryptophan-rich foods like chicken, hummus, and eggs. Relaxing is also important. The keto diet is taxing on the body initially, causing a surge in stress hormones which can also leave you feeling restless. Help your body relax with a warm bath or afternoon walks.

Another reason you may feel nauseated is because you're eating more fat and protein than ever. Both of these macros are notoriously difficult to digest, requiring a combination of digestive acids, enzymes, and bile. They also take a long time to digest as a result. One study on people with indigestion found that fat worsens the symptoms of indigestion [8].

Some keto dieters use digestive enzyme supplements to boost fat digestion. However, these products are most suitable for people with enzyme deficiencies and other digestive disorders. Instead, be patient and give your body time to produce enough fat digesting enzymes. You can also gradually introduce fat into your low-carb diet for a similar effect. 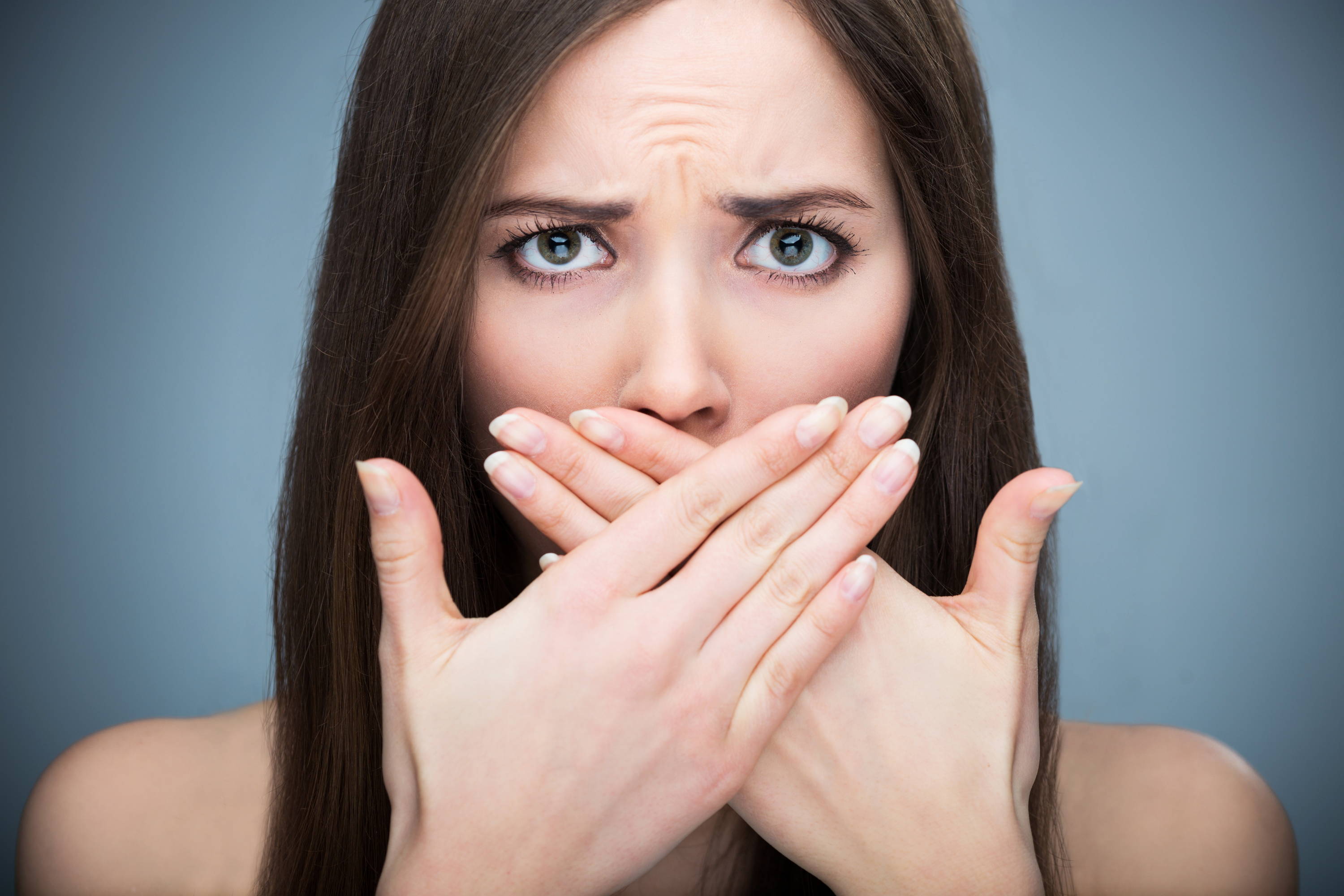 Bad breath is a ketosis side effect you'll often hear nicknamed as keto breath. Bad breath when you're in ketosis happens because your lungs are expelling a volatile ketone body called acetone. While acetone on your breath is a good sign that you're in ketosis, it can make you feel uncomfortable in social situations. What's worse, chewing gums, mouthwash, and breath fresheners only work temporarily with keto breath.

Luckily, keto breath goes away when you become keto-adapted. That's because your body had become efficient at using all the ketones it is making and only a small amount gets expelled through breath. But while you're waiting to finally become keto-adapted, you'd probably like to know how to tackle keto breath. The best thing to do is simply mask it. Other than that, try eating up to 50 grams of carbs a day to ease into ketosis gradually.

Ketosis side effects are common for those starting a keto diet. These problems range in severity and number depending on how well you ease into ketosis and depending on your overall health. To minimize ketosis side effects, make sure to keep your fluid and electrolyte intake optimal. Drink 8 glasses of water a day and eat low-carb keto vegetables rich in keto-flu fighting electrolytes.