Being Keto-Adapted: What It Really Means

Don't know what it means to be keto-adapted? What about being in ketosis? These two things are the primary goals of the ketogenic diet, but they're not one and the same. One is a metabolic change in your body, the other a change in ketone levels. But both are equally important for your keto journey.

In this article, we explain what keto-adapted means, what it is, and what science has to says about it. We also explain what makes it different from being in ketosis. Becoming keto-adapted is a keto-dieters dream come true. Knowing more about it will help you accomplish this dream. Keep scrolling to get to the nitty-gritty of keto-adaptation and you'll get closer to reaching your keto goals.

In case you are not familiar with keto terminology:

When you are in ketosis, a big portion (but not all) of your body's energy comes from ketones. The opposite of ketosis is glycolysis – the body's main metabolic pathway that converts glucose into energy. Glycolysis is what your body is used to. But it can be unhealthy when excessive, and our carb-based standard diets make it easy for us to enter that unhealthy spot.


Why is Ketosis Good?

Nature designed ketosis to help us survive in times of starvation. Our brains cannot run on fatty acids and completely rely on glucose for energy. When there's no glucose to fuel the brain, the liver's mitochondria make ketone bodies from free fatty acids. Ketone bodies give energy to other tissue in your body besides the brain, but the brain is the main consumer of ketones.

Since starving is not an option, the way you get into ketosis is, as already mentioned, by eating few carbs. The keto diet suggests eating up to 80% fats to support ketone production as well as to give you energy and nutrients. In other words, the ketogenic diet mimics starvation in terms of how it affects metabolism. But unlike starvation, it still nourishes your body thanks to the higher fat intake.

Studies show that ketosis boosts weight loss, reduces seizures, prevents brain diseases, stops type II diabetes, and reduces heart disease risk [2]. However, ketosis is not the be-all and end-all of ketogenic diets. Becoming keto-adapted is what you want to aim for.

Being keto-adapted means that your body has adapted to running on fats and ketones instead of glucose. Keto adaptation takes 2-4 weeks to happen after you first start a ketogenic diet. On the other hand, it takes only 3-5 days of going low-carb to get into ketosis. So, why the discrepancy? Couldn't the body adapt to running on ketones as soon as levels rise? Well, your body needs time to adjust to the changes brought on by ketosis.

Your body makes fewer ketones in the first week of a keto diet, but not enough to fuel your whole body. That's one reason you don't have energy early on. Your body also does not have enough fat-burning enzymes to convert all that fat you are eating into ketones and energy. Besides that, your body has lost water and electrolytes when your glycogen stores ran out. This is because glycogen binds to lots of water. 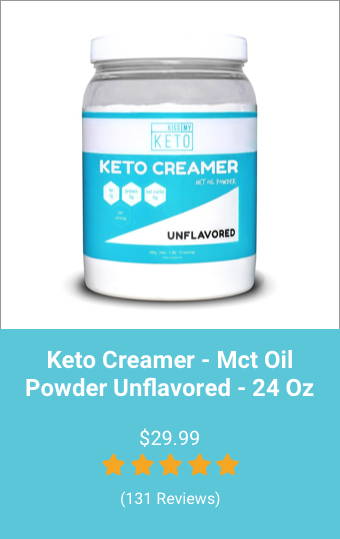 Studies also show that in the early stages of ketosis, your muscles use 50% of the ketones used and only 5% when ketone levels reach concentrations of 6–7 mM [3]. That's because your brain is using most of the ketones produced. Unlike muscles, the brain cannot run on fatty acids, so the body lets the brain use as much ketones as needed. 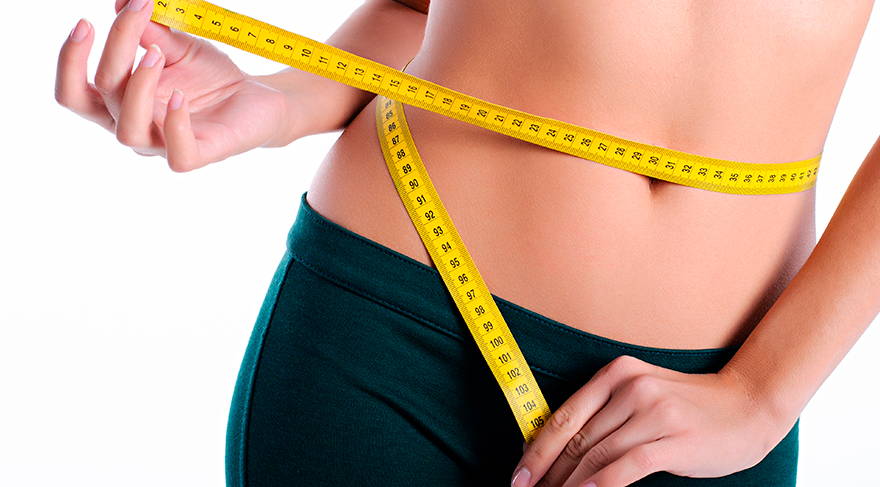 The keto-adapted body is metabolically quite different from your average sugar-burning body. You probably heard that you need carbs to spare muscle during workouts. Well, that's true, but only when you are not keto-adapted. Research shows that keto-adapted athletes burn more fat during workouts than sugar burners and that they don't lose muscle in the process [4].

When you are keto-adapted, your body also organizes fuel sources based on importance. For example, the brain can't run on fatty acids so most of the ketones produced are reserved for the brain. Blood cells, the liver, and the kidneys, on the other hand, can't run on ketones and they use glucose instead. And the muscles? Well, when needed, they use free fatty acids and glucose as well.

The keto-adapted body is also more efficient at making energy in general. That's because fat is a more powerful fuel source than carbohydrates. Carbs provide quick energy, but they also get burned quickly. Glycogen reserves don't provide that much either, 600 grams in total which is enough for just 24 hours [5]. Besides that, drops in blood sugar can also make you feel hungry and tired. None of this happens when your body finally starts burning fat.

Your body can use fat to make energy from two sources: your fat stores and fat from food. It's best to keep your intake of fat on a ketogenic diet at recommended deficits or surplus to avoid losing too much or gaining too much weight. As is always the case with dieting, moderation is key to stay healthy. And remember, the keto diet is not just about weight loss, it's a diet that supports good health.

People with metabolic disorders like insulin resistance, diabetes, and obesity, for example are often metabolically inflexible. Fat burning in these disorders is sluggish or non-existent. Even with insulin shots, the body has trouble burning fat leading to excess weight gain. Your risk of developing metabolic inflexibility also rises if you are physically inactive according to newer studies [7].

Researchers also explain that we are built to go without food from time to time and hunt, collect, and scavenge [8]. But in a record period of time, we switched from being hunter-gatherers to having a range of energy-dense foods available at arm's-length. In addition to that, we're also chronically stressed and barely move compared to our ancestors. With all these changes, there's no need to eat as much as we do as this leads to metabolic inflexibility and subsequent weight gain and metabolic disorders. 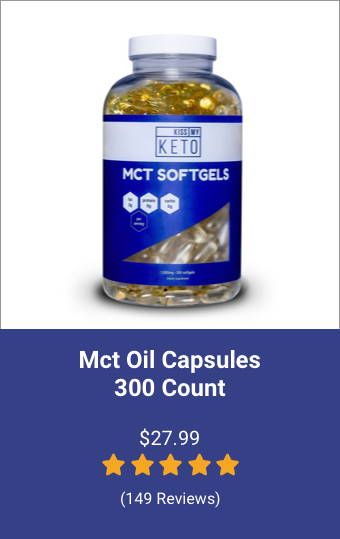 How to Become Keto Adapted

To get to the path of keto-adapted, start by following the ketogenic diet. First, use our keto calculator to get your daily macros today. But you can also follow the general rule of eating 5% carbs, 20-30% proteins, and 65-75% fats. As long as your carb intake doesn't exceed 30-gram net carbs per day, you're good. Also, don't overdo it with the protein because your body can turn some of it into glucose when taken in excess.

You'll enter ketosis within three to seven days of eating this way. You may start feeling sluggish, achy, and generally unwell. But if you persist, you'll see your energy levels rise soon enough. This is a good sign that you're on the right path to becoming keto-adapted.

Including exercising and intermittent fasting also speeds up the process of becoming keto-adapted. As already mentioned, exercising boosts metabolic flexibility, and having metabolic flexibility is essential for keto adaptation. Exercising also depletes glycogen stores in the muscles and liver more quickly. Intermittent fasting increases ketone production and is great for reducing your calorie intake.

Other things you may want to consider: 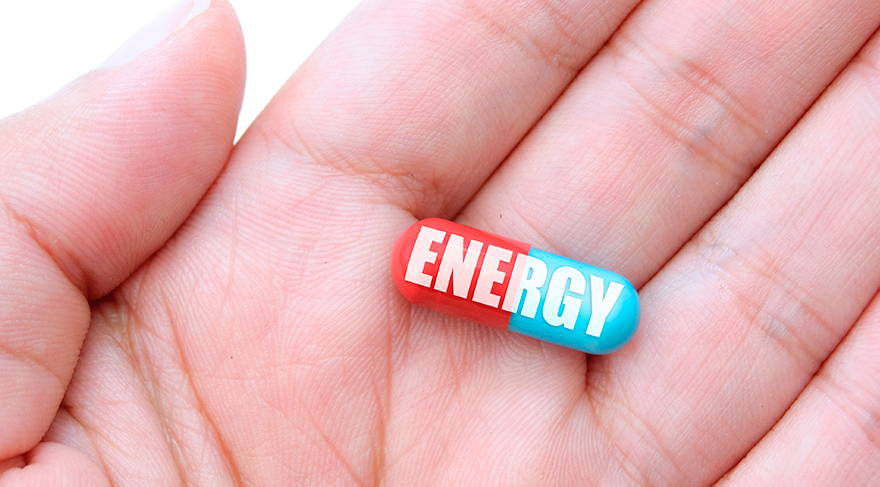 After a few weeks on a ketogenic diet, you'll probably begin wondering if you're finally keto-adapted. Luckily, becoming keto-adapted shows comes with some outward and inward signs that you can't ignore. Just a couple of those signs you can expect include:

Your body is finally adapted to burning a powerful source of energy – fat. Fat provides more energy per gram than both carbs and protein. The sources of energy used for physical activity in daily life and sports are primarily lipids and carbohydrates. Your body also stores it in abundance and you'll eat plenty of it on a keto diet.

When you're keto-adapted, expect those carb cravings to vanish completely. No more mid-day slumps and late-night visits to the fridge. Ketosis is proven to suppress appetite in itself [12]. Your body is also getting plenty of energy from fat already contributing to this new decrease in appetite.

Studies show that refined carbs impair memory [13]. Ketones, on the other hand, improve all aspects of brain health as evident by countless studies [14]. Ketone bodies protect the brain from oxidative stress and they improve mitochondrial functioning. All this leads to greater mental clarity and acuity once you become keto-adapted.

Keto dieters tend to lose sleep when first experiencing ketosis. But once keto-adapted, many dieters report getting more restful, quality sleep. Sleep depends on your brain health and functioning. Since the keto diet improves both, you can expect to sleep tight on keto.

When you're keto-adapted, your body also fuels your workouts more effectively. Ketones will give your muscles some energy during workouts, but fatty acids also supply energy to muscle cells. Your body also breaks down the proteins you eat to make glucose which also supports muscle functioning.

But all in all, you'll feel generally better once you're keto adapted. Keto-adaptation is supposed to be comfortable. If you're experiencing any negative signs like fatigue and brain fog on a keto diet, chances are your body is struggling to adapt. Try adjusting your workout and dieting regimen to boost your chances of success.

Many keto dieters mistakenly believe that ketosis and ketones are the be-all and end-all of the ketogenic diet. In reality, keto-adaptation is what you should be aiming for. Keto-adaptation simply means your body has become an efficient fat burner.

But burning fat for fuel is not solely for weight loss. In fact, some keto dieters don't want to lose weight at all. To burn fat efficiently comes with many health benefits like diabetes prevention, lower inflammation, a reduced risk of heart disease, and more.

To become keto-adapted, you just have to be persistent and consistent with your keto diet. This will help you enter ketosis and get your body to the point where it begins to utilize fat and ketones. After decades of being a sugar-burner, do give yourself time and patience to adjust and you'll become keto-adapted in no-time. 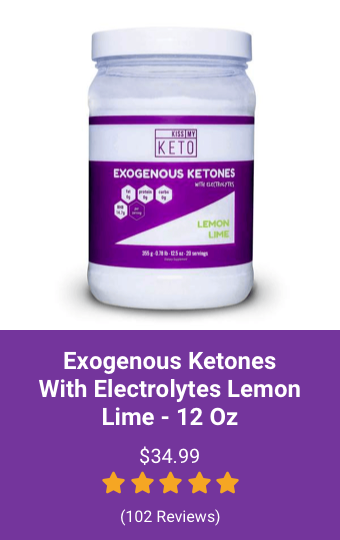