How Vegetarian Keto F-ed Up My Progress

It started two weeks ago: With 8 weeks down and 20 lbs lost, I finally felt like I mastered the eating regimen that worked for me. A diet consisting mostly of avocado, bacon, eggs, red meat, and fattening salad dressings, supplemented by Kiss My Keto products, had gotten me nearly halfway to my goal of losing 45 lbs.

At the same time, signs to go vegetarian keto were surfacing all over social media. Pins about the benefits of plant protein were showing up all over my Pinterest feed, and Dr. Will Cole's soon-to-be-released book, Ketotarian, was gaining popularity in the keto community. I pre-ordered the book on Amazon, eagerly awaiting its delivery.

Ketotarian’s drool-worthy recipe photos and well-researched prose relieved any hesitations I had about a meatless keto diet. For the next two weeks, I ate coconut curry and stir fry with low-carb vegetables, and salads sprinkled with plant proteins like hemp and chia seeds.

The food was delicious and meal options aplenty. The only problem was, unlike during the previous 2 months, I wasn’t feeling a difference in my body. Even worse, I was constantly hungry. After 1 week, I’d gained a pound, which I wrote off as extra water-weight. After 2 weeks, I had gained 3 lbs, and checking my blood confirmed that I was no longer in ketoisis.  To most, gaining 3 lbs isn't a huge deal. However, up to that point, I'd been consistently losing 2-3 lbs a week. Despite my efforts, I felt defeated.

As with most lifestyle changes, a lack of results triggers reevaluation, fear, and a desire to give up. I felt like I wanted to quit, but I fought the urge by doing something that I learned two years ago: If you ever hit a stall during a healthy lifestyle change, go “back to basics.” Two days ago, I did just this.

This is what “Back to Basics Keto” consists of for me:
The screenshots below are, from my KetoDiet app, show exactly what I ate…you’ll notice that some chocolate cravings led me to eat a handful of Lily’s dark chocolate chips on both days. Please try not to judge 😬, and now we have keto chocolate here, so those days are over! 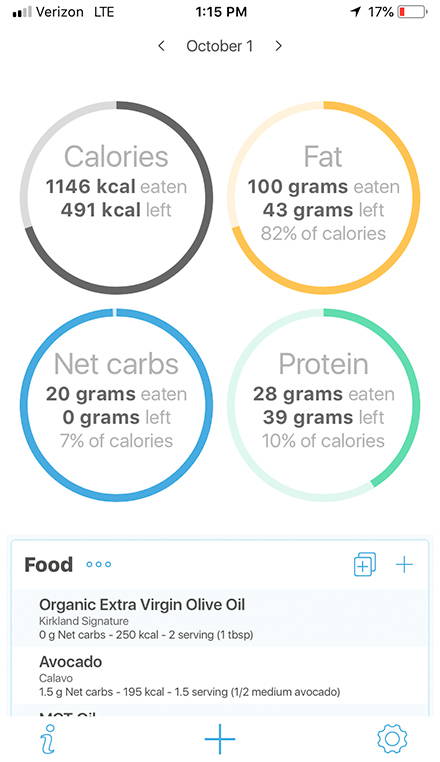 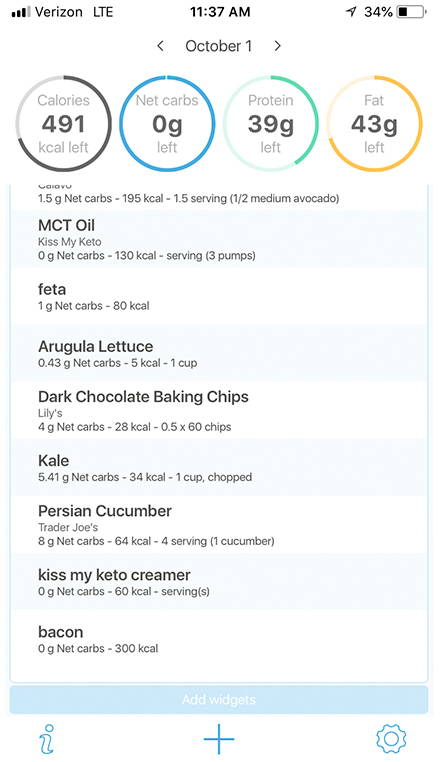 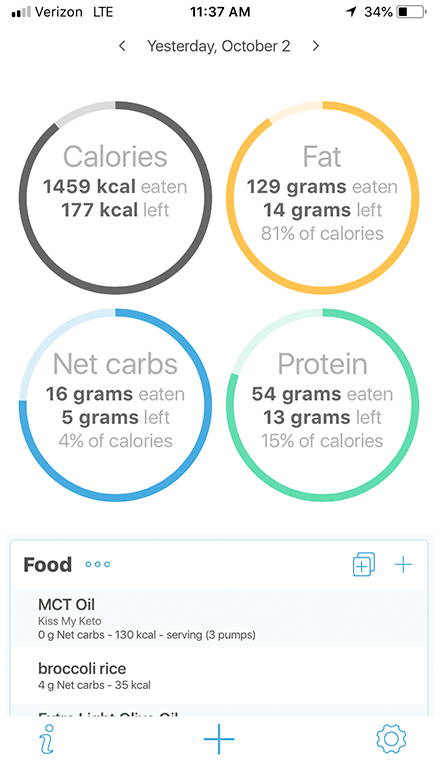 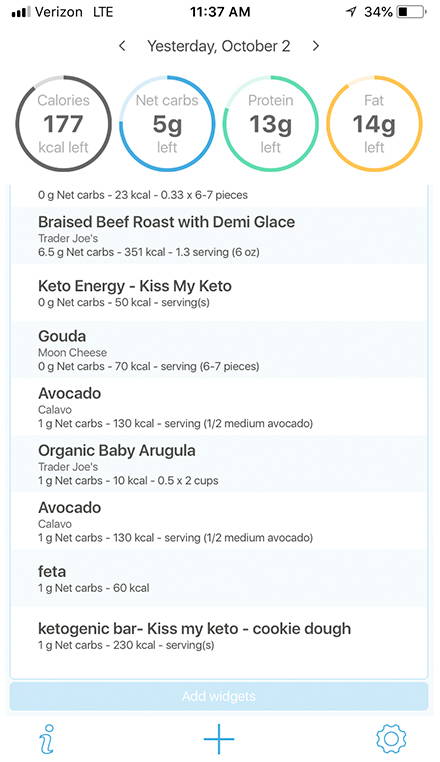 Twelve hours into my “Back to Basics” experiment, I was back in ketosis. It also only took me 48 hours to lose the 3 lbs.

While eating vegetarian keto, my net carbs never exceeded my daily carbs threshold. However, if I included dietary fiber in my carb calculations, I massively exceeded my daily carb limit. Many people doubt the validity of counting only net carbs when tracking macros. Based on my experience, there might be truth to this conspiracy. What I can say with total confidence, is that vegetarian keto did not bring about the same drastic results as the traditional keto diet.

Certainly, there are many possible explanations for why I failed at vegetarian keto, but my theory is that I was consuming too many carbs and hunger led me to overeating. While I do recommend Dr. Cole's Ketotarianas a way to incorporate plant-based meals into traditional keto, I plan to continue eating meat proteins. To be honest, a diet that tolerates nearly unlimited bacon consumption is too hard for me to turn down! 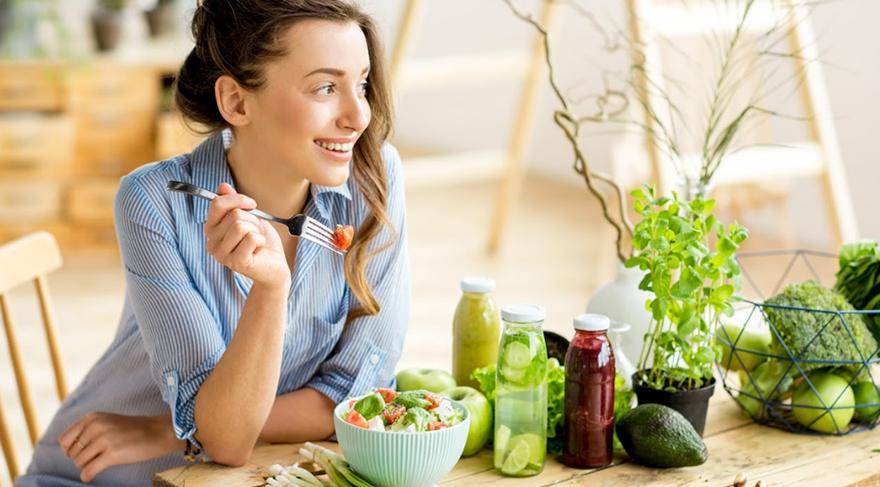 Everything You Need for a Vegetarian Ketogenic Diet
Had the same experience? Think I'm totally wrong? Let's Connect!
The views and opinions in the above article are those of the author and do not necessarily reflect those of the company.