Keto and paleo are two highly popular health and weight-loss diets. Both often get used in the same context, and you will likely come across paleo vs keto discussions all over the Internet. But these two diets are not one and the same thing. Sure, they have many similarities, but they have even more differences.
Two things that these diets share is the exclusion of grains and legumes and a higher fat intake than traditionally considered healthy. Both also involve clean eating; both improve overall health, and both are great for weight loss. Their origins, principles, and mechanisms, however, are completely different, and we'll talk about that in depth here.
But first, take a look at our quick summary of the goals, rules, and benefits of paleo vs keto. 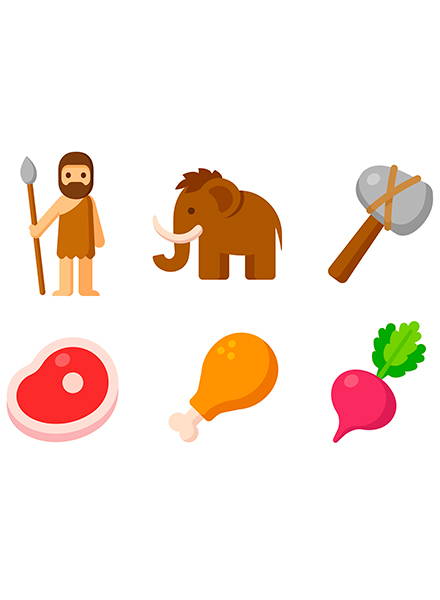 The goal of the ketogenic diet is changing how your metabolism works; that is transforming you from a sugar burner to fat burner. On keto, you want to make the metabolic switch into nutritional ketosis. Nutritional ketosis is when your body makes more ketones than usual. This happens as a direct result of cutting down on carbs which dramatically lowers circulating blood glucose.
The goal of a Paleo diet is to eat in a way that best suits your genetic makeup. This way, you'll reduce your risk of diseases plaguing today's world such as obesity, diabetes, heart disease, and cancer. Paleo's focus is also eating high-quality and clean food.

On a ketogenic diet, the main rule is sticking to carefully defined macronutrient ratios. This is the only way to achieve ketosis. Generally speaking, the main focus is on limiting carb intake to below 30 grams per day. You also need to boost fat intake to get enough calories and stay moderate with protein to support your health and functioning.
On a Paleo diet, the rule is to eat how cavemen purportedly used to eat. This means no highly-processed foods, no artificial sweeteners, and definitely no grains and dairy. Instead, you need to eat food that's readily available and easy to process like meat and fish, fruits and vegetables, and nuts and seeds.

On a keto diet, the body burns fat instead of glucose to fuel your brain. This makes it a highly effective weight loss diet. Weight loss is, in fact, the main reason the keto diet became a mainstream diet. The keto diet also enhances cognitive functioning because ketones improve brain health.
The paleo diet shares many of the same benefits of keto. But unlike keto, these benefits are not a result of your body switching to a different state. Instead, paleo boosts health because it removes foods that your body is not adapted to dealing with.

Paleo vs Keto – Down to Basics

Now that you know some major differences between these two diets, it's time to move on to some in-depth talk about paleo vs keto.

The paleo diet, also called the caveman or Stone Age diet, is an attempt to replicate the eating habits of prehistoric humans. The theory behind paleo is that we are genetically adapted to thrive on foods our ancestors ate through most of our species' evolutionary history [1]
The word "paleo" is short for "Paleolithic," a prehistoric period that lasted roughly 2.5 million years and ended with the advent of agriculture and farming some 10,000 years ago. It's also referred to as Stone Age because humans used stone tools during this period. 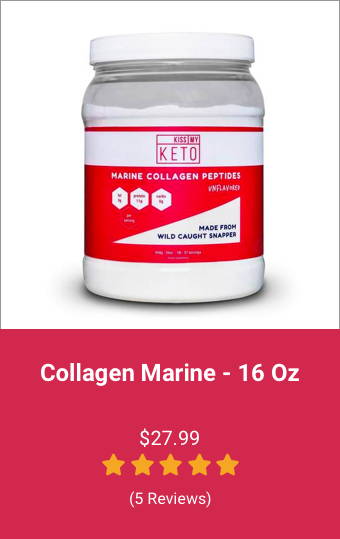 Prehistoric humans were mainly hunter-gatherers, surviving on plants, fish, wild animals, and eggs. Paleo proponents claim that we have the same genetic makeup as our hunter-gatherer ancestors. During the 2.5 million years of being hunter-gatherers, our bodies became adapted to processing food a certain way. Furthermore, from, an evolutionary standpoint, 10,000 years of agriculture and farming is not enough for our genes to adapt.
Gastroenterologist Walter Voegtlin started the paleo diet in the 1970s. Later on, Dr. S. Boyd Eaton, a professor of anthropology at Emory University, popularized the diet claiming that paleo is what the human body was built to eat [2]. 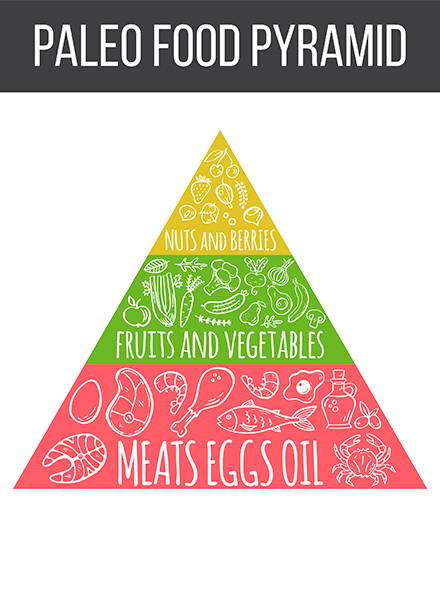 How to Eat Paleo

On a paleo diet, there are foods you should eat and foods you need to avoid. To make things a bit easier, just imagine what a caveman with stone tools had available to eat. Anything that you could gather, scavenge, and hunt is on your do eat list. Foods requiring too much processing to make them suitable for consumption you need to avoid.
Do Eat:Meat, fish, seafood, eggs, vegetables, fruits, nuts, seeds, herbs, spices, cold-pressed oils.
Do Avoid: Grains, dairy, legumes, refined vegetable oils, margarine, and sugar.
Another thing to keep in mind is that you should exclude foods that you won't find readily available if you were a caveman. A good example is grains which humans started eating after growing their first crops. Grains need to be harvested, dried, and milled for you to eat. Then you need to cook them to remove phytic acid which is an antinutrient that interferes with the absorption of vitamins and minerals.

The paleo diet is a clean, low-carb type of diet that provides a plethora of health benefits. There are no additives, preservatives, and artificial ingredients in paleo. The lack of grains is also a great thing for your health. Here are some benefits you get from switching to paleo: 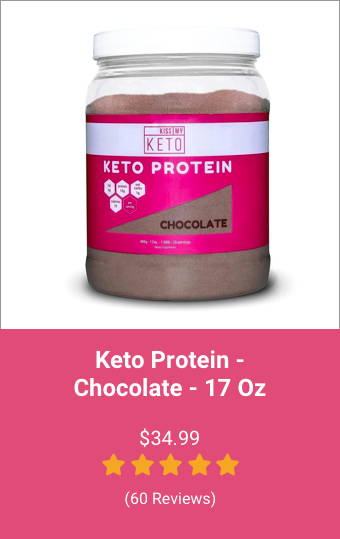 In short, the paleo diet removes problems apparently caused by modern-day food processing. Our bodies are struggling to digest these foods, and some have a pro-inflammatory, detrimental effect on our health resulting in an epidemic of deadly diseases. 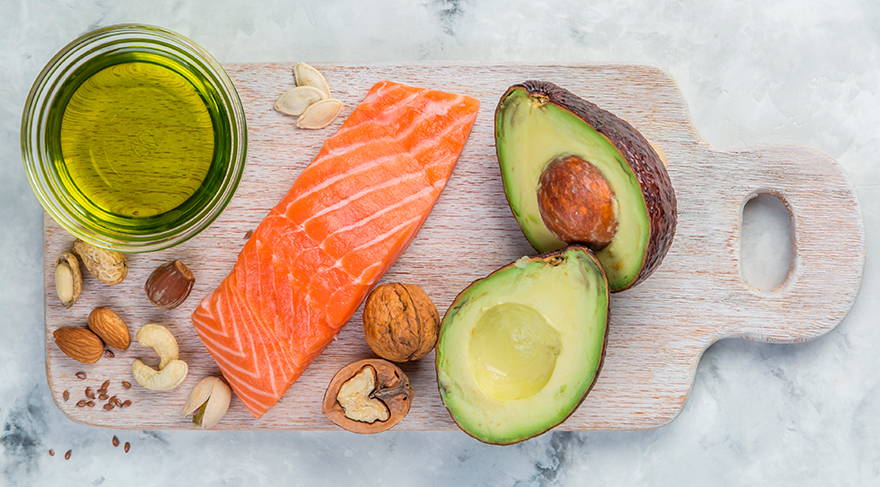 The ketogenic (keto) diet is a low-carb, high-fat, and moderate-protein diet. Researchers designed it in the 1920s as a treatment for epilepsy. The idea came about after numerous studies confirmed that a diet low in carbs mimics fasting because it puts people in ketosis [9]. Fasting was for a long time a well-known and effective epilepsy treatment.
However, fasting is a difficult thing. You get hungry, you feel drained, and you may experience unwanted weight loss and hypoglycemia. The keto diet, on the other hand, is satisfying, satiating, and provides a powerful source of energy for your body to constantly use – fat.
The main focus of a ketogenic diet is macronutrient ratios. On a keto diet you need to eat:
As far as specific foods you can eat on a keto diet, they include the following:
Meat, fish, dairy, eggs, nuts, seeds, leafy greens, low-carb fruit, low-carb vegetables, herbs, spices, non-nutritive sweeteners (stevia, erythritol).
And you must not eat:
Grains, legumes, sugar, starchy fruits and carb-rich veggies.
There's no going around this. The whole point of a ketogenic diet is inducing nutritional ketosis. For that to happen, carbohydrate intake needs to be extremely low. You need to be carefully only with net carbs which are digestible carbs, but you take fiber as much as you like as it doesn't affect blood glucose. Fat intake also needs to be high to meet your body's needs for energy and nutrients.
The type of food you eat on a keto diet is not as important as macro ratios. Still, eating clean is the way to go to stay healthy and keep a track of your macros. Many processed foods contain hidden ingredients, some high in carbohydrates. Low-quality foods also damage your health.

In the course of the century, researchers discovered that keto provides health benefits beyond epilepsy control. Some of these science-backed benefits include the following:
Weight Loss – The ketogenic diet combined with a lower calorie intake is a foolproof way to weight loss. A high intake of fat and elevated ketones both contribute to appetite suppression. Along with that, your body burns fat stores when in ketosis.
The only downside to the keto diet is that it can be hard to stick to. Most of us are hard-wired to eat carbs and conditioned to think that fat is bad. Besides that, digesting protein and fat is difficult for your body, so you may experience digestive issues if you don't plan the diet right (include lots of low-carb vegetables, nuts, and seeds). 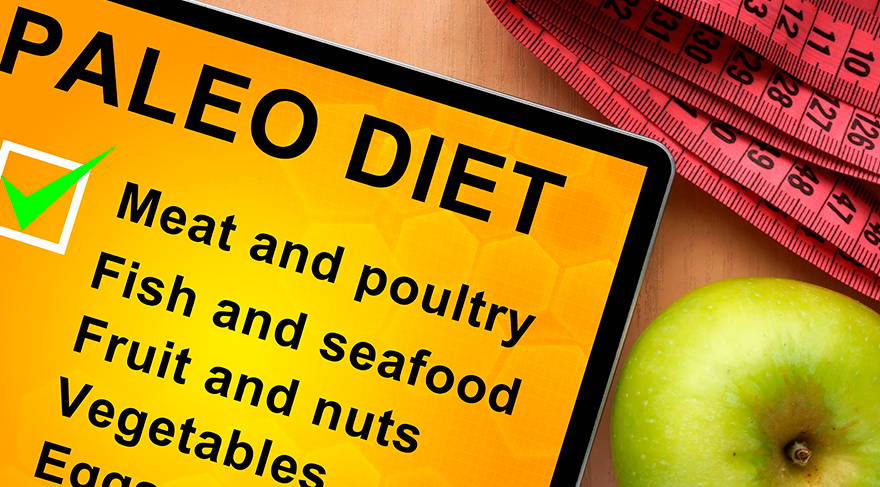 As you can tell by now, these two diets have a lot in common but they're also different in their mechanisms of action, goals, and principles. Here are some major points highlighting the differences and similarities between paleo vs keto:

Both diets exclude grains completely. The keto diet because grains and legumes are high in carbs and lowering carb intake is paramount for achieving ketosis. The paleo diet excludes grains and legumes because Paleolithic humans did not eat these foods and because humans are not adapted to eating them.

Milking cows was apparently not something Paleo people did. But once humans started domesticating cows 10,000 years ago, dairy production began. Keto and paleo don't agree when it comes to dairy intake. Most dairy is one of the best sources of both fat and protein while being low in carbs – which is a perfect combination for keto.
Milk allergies and lactose intolerance are fairly common [14] which for Paleo proponents indicates that we're not built to digest cow's milk. Whether you believe this or not is up to you since medical experts recommend eating dairy products to meet your daily calcium and vitamin D needs.

The keto diet is all about macros; paleo not as much. The macros of these two diets happen to be similar by chance. The paleo diet consists of 12-35% proteins, 30– 50% fat, and, 20 – 40% carbohydrates. The keto diet, however, requires 10% carbs max and up to 80% fat.
Macros on keto are important because getting them right determines your success of reaching ketosis. Macros on paleo just happen to be that way because the diet does away with carb-rich staples and promotes a higher intake of meat and eggs.

Which One is Right for You

When it comes to the question of paleo vs keto, both diets have plenty to offer in terms of weight loss and health benefits. To help you make the best diet choices, here is what you want to consider.

If weight loss is your goal, then keto is your go-to diet. The diet drastically cuts out carbs which are the leading cause of weight gain. Studies on this diet show that it's much more effective for weight loss than low-calorie diets [15]. However, paleo can also boost weight loss when you plan it right but expect this weight loss to be much slower.

Both diets are clean in that they exclude artificial and highly-processed ingredients. However, paleo takes the lead when it comes to food quality. The keto diet allows non-nutritive sweeteners like stevia and erythritol which are processed. It also allows supplements to boost ketone production and performance. 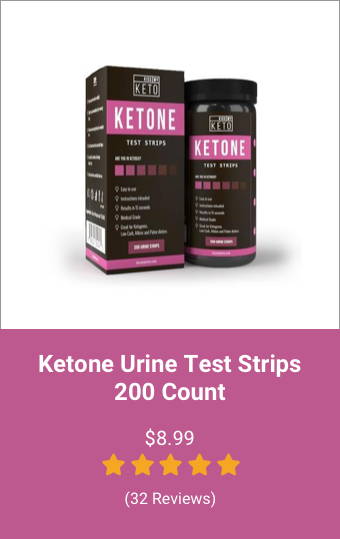 If you're a vegan, going paleo will be tricky. Paleo's two most important staples are meat and eggs. Cutting them out leaves you with very little to eat since grains are not on the list as well as many other ingredients. The keto diet may also be difficult for vegans to follow but you are allowed to replace meat with tofu and wheat flours with nut flours.